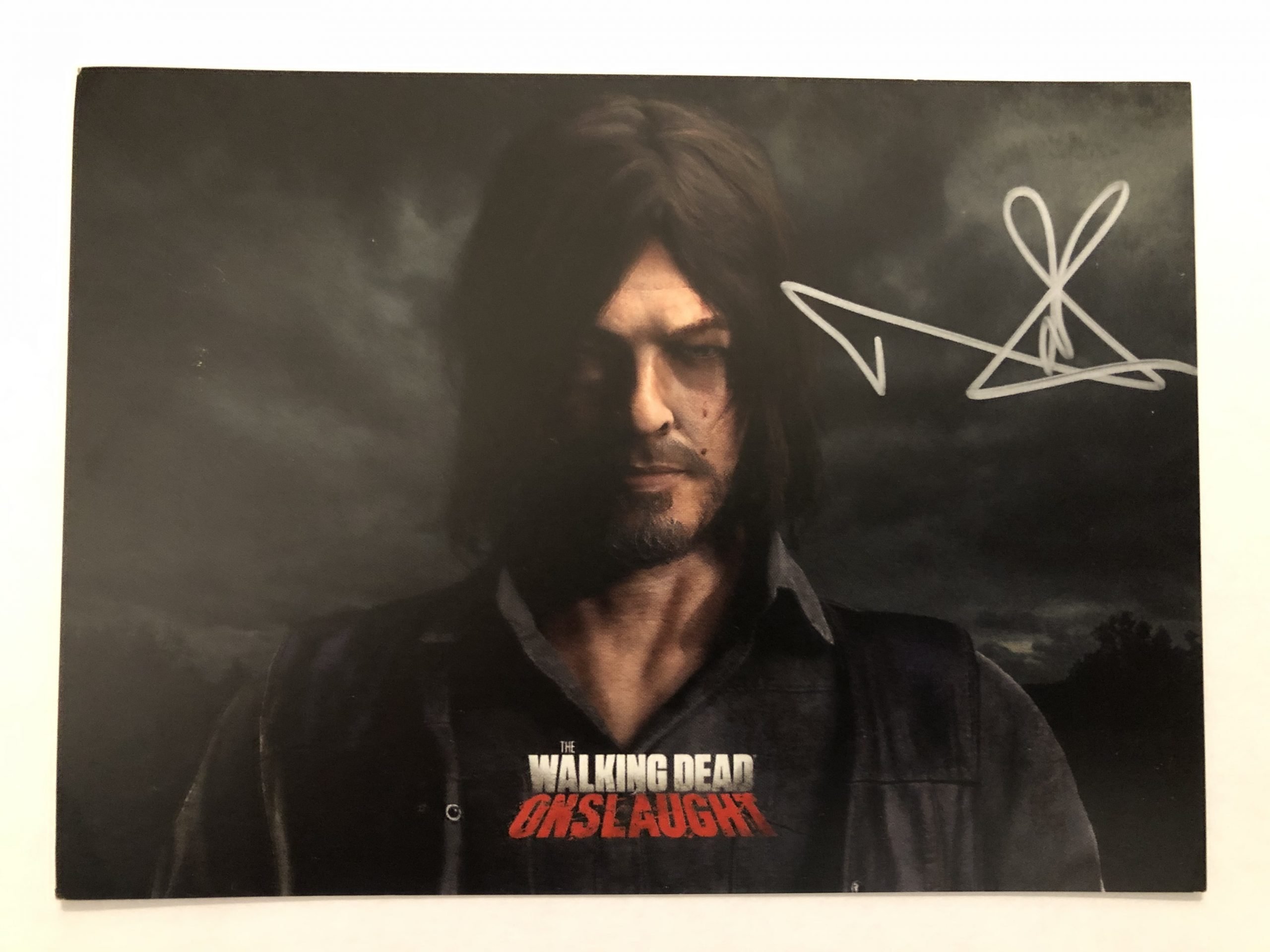 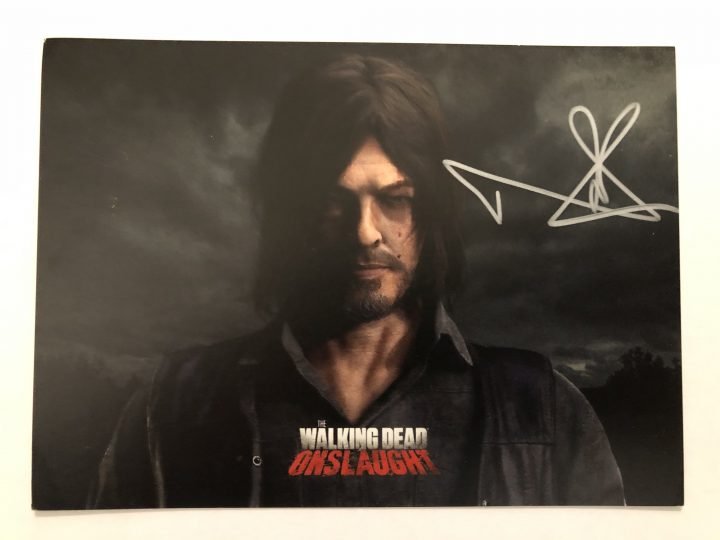 There is no purchase necessary and no requirement to buy the game to have the chance of getting one of these signed postcards.    Simply follow one of Perp’s Social channels listed below for the chance win a Norman Reedus signed postcard.

From the middle of October to the middle of November, 3 people will be picked at random each week, to win a signed Norman Reedus postcard.   To have a chance to win, all they need to do is follow one or more of our accounts listed below.   Note the more accounts followed, and the sooner they are followed, the higher the chance to win.  These are the channels to follow:

The draw dates are

The physical edition is available now in Europe at select retailers such as Game, Amazon, Shop4World and more. In North America, the Deluxe Edition can be purchased at Best Buy. The contents of these editions may vary per region, so please check store specific retail pages for more information.  The Walking Dead Onslaught is also available digitally on the PlayStation Store, Oculus Home, and Steam.

Terms and conditions of the competition can be found here: https://www.perpgames.com/twdo-postcard-tcs/