Bit Planet Games and Perp Games are excited to reveal that Ultrawings is  now available in EU Territories. A Nintendo Switch version and NA date will follow. 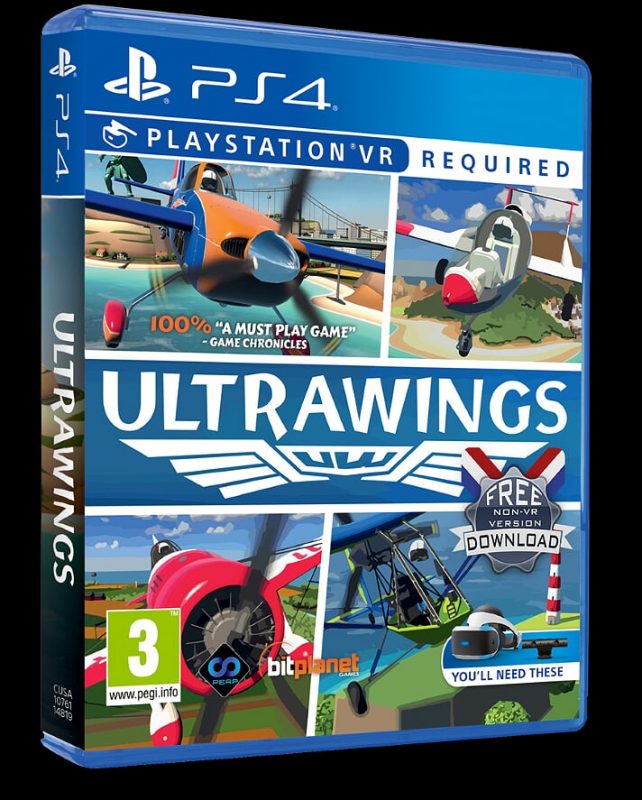 Ultrawings is an aerial-themed, first of its kind, open world game where you pilot planes like never before.

You can race, explore, shoot, and land in assorted missions across island-themed environments, set in the cockpit of multiple aircraft.

PlayStation 4 owners can also benefit from full PSVR support which brings the experience to life in new and exciting ways.

Ultrawings is already adored by critics with Use a Potion saying ‘There’s a whole lot to love about Ultrawings’  PS4 Experts believing no game has ‘hit the perfect balance between arcade and simulation in the way that Ultrawings has’ and Game Chronicles suggesting that ‘Words can hardly describe my love and enjoyment”.

Each aircraft offers a unique experience with different flight instruments, such as buttons to press and switches to flick so that you have an unparalleled flight experience.

Christopher Stockman, Studio Director at Bit Planet Games, says “We’re incredibly excited to be working with Perp Games to bring Ultrawings to retail!  This completes the journey we set out on over 3 years ago when we started work on the game.”

As you soar through this living, breathing world, flying alongside birds and waving to passing boats, you can earn money and contribute to an in-game progression system. This allows you to buy new planes and airports which can then be used later in the game.

With full voice acting guiding you through the game, the option to take photos mid-flight, and a wealth of gameplay variety, Ultrawings is one of the most polished and thrilling aerial experiences on the market.

Rob Edwards, Managing Director of Perp Games, is thrilled to be working on a mostly new genre for the company and adding another quality release to a stacked 2019 lineup. He added “ Ultrawings creates a wonderous cocktail, capturing the joy and freedom of flight then mixing it with superbly balanced and progressive game play, we are immensely proud to be working with such a talented team”

Ultrawings is now available at market for PS4 in EU Territories. The Nintendo Switch date announcement will be made shortly. North American dates will follow.