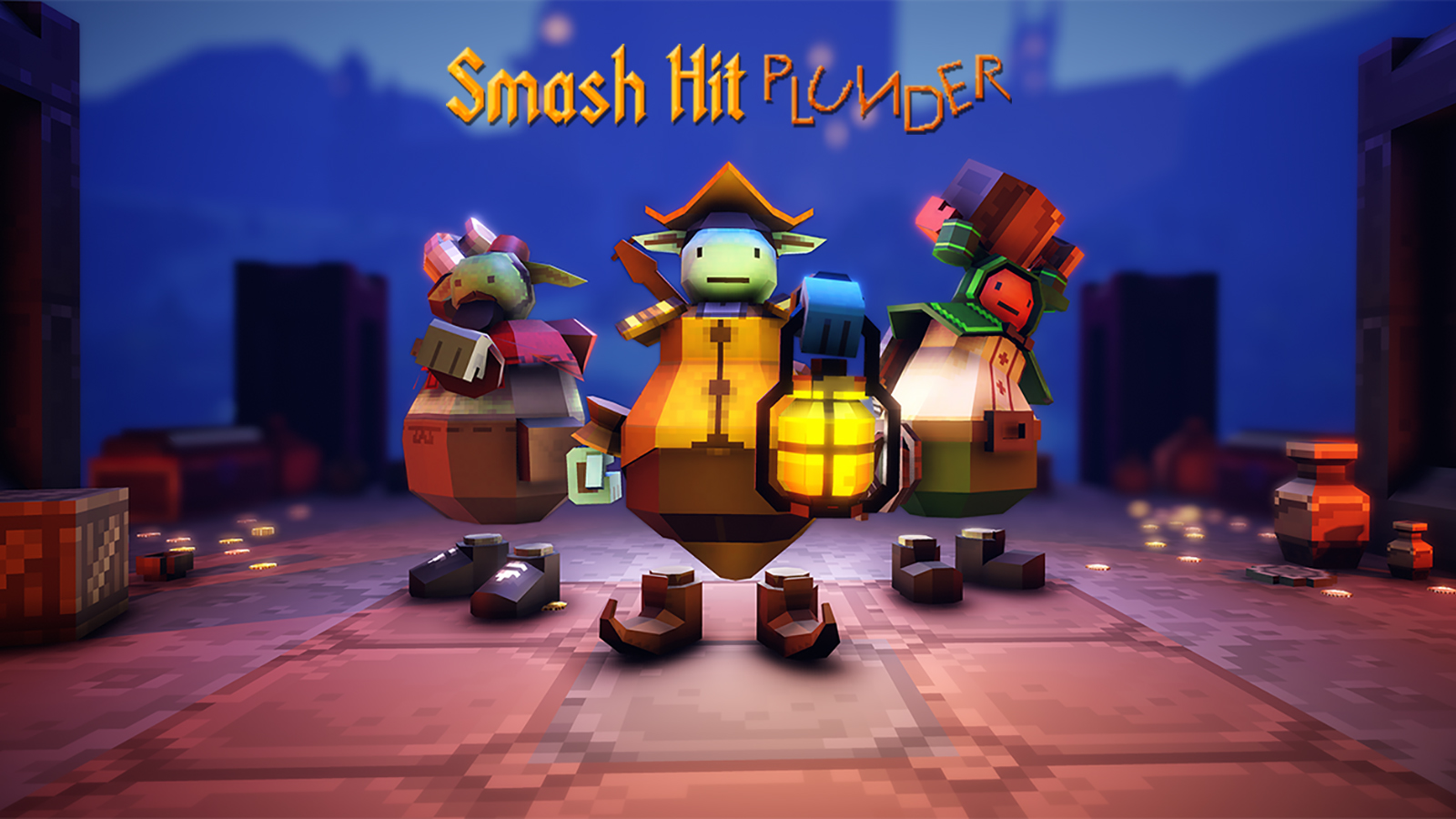 Triangular Pixels ambitious and innovative Smash Hit Plunder is getting a box release through Perp Games on October 5th in EU Territories!

Smash Hit Plunder will also be publically playable on a PSVR for the very first time at this years’ EGX and Perp Games will be giving away prizes to players with the highest scores at the event!

This highly anticipated multiplayer adventure features up to 4 player versus multiplayer for friends and family while sat in the same room. While also a fantastic solo adventure, Smash Hit Plunder is also the first co-op Narrative Campaign Adventure game for PSVR.

Play single player or grab a co-op partner to help the VR Mage through the main campaign and battle each other in manic versus modes using an alternate view of the world specially designed for the TV screen while playing with Dualshock 4 controllers.

Triangular Pixels were Best Game Developers winners at the ‘EDGE Awards’ in January 2018, featured at BAFTA Inside Games at ‘Rezzed 2015’, won Best New Studio at ‘Develop Awards 2016’, and received a BAFTA Games nomination for innovation.

Katie Goode, Creative Director of Triangular Pixels says “We’re incredibly proud of Smash Hit Plunder, having spent over 4 years developing the game we’re looking forward to players enjoying it for many years to come. Coming to disk is a dream for any developer and we’re very grateful for Perp to offer their support to breakthrough studios like ours.”

Smash Hit Plunder has been built from the ground up for PSVR and is the multiplayer VR game experience that PlayStation VR has been waiting for. The game will offer three different modes to enjoy alone or in co-op; ‘Treasure Rush’, ‘Scavenger Hunt’ and ‘Free Play’. There will also be two VS multiplayer modes; ‘Jewel Duel’ and ‘Poltergeist Panic’.

Set in Castle Carvasso, Smash Hit Plunder features a medieval castle where every inch can be smashed, crashed and raided. The aim is to find as much treasure as you can while causing as much havoc as possible.

Rob Edwards, MD of Perp Games is excited at the prospect of working on such a highly anticipated PSVR title “Smash Hit Plunder offers a genuine opportunity for people to experience the future of multiplayer VR gaming.  The fun and excitement we have experienced and witnessed when people play Smash Hit Plunder together, convinced us that Triangular Pixels have developed a truly wonderful multiplayer VR game.”

Smash Hit Plunder will be available for PlayStation VR at retail in EU Territories on October 5th 2018!

Please feel free to get in touch if you’d like to book an appointment to play the game at EGX or come visit the Perp Games stand where you have a chance to win some prizes!