Operation Warcade touches down on PSVR on June 1

Operation Warcade touches down on PSVR on June 1

Perp Games and Ivanovich Games have partnered up and are proud to reveal Operation Warcade will release on PlayStation VR on disc in Europe on June 1st. The game will be available at all good retailers.

Ivanovich Games’ Operation Warcade has received unanimous acclaim since launch on Oculus and Vive and has quickly become one of the best PSVR releases this year.

PSVR Without Parole say ‘It’s too much fun to miss’, Polish Paul reckons this is ‘A very, very high recommendation’ and Pocket-lint called it ‘One of the most enjoyable and original VR games’.

Operation Warcade lets you relive the past by entering the future in a shooter designed specifically for virtual reality. Inspired by a late 80’s classic, you can go old school by playing on an arcade machine or use the innovative immersion system to travel inside the video game and onto the battlefield whenever you want.

“Operation Warcade takes the very best of arcade gaming and seamlessly merges this with the new technology of PlayStation VR.  It is great that Ivanovich Games chose to work with Perp as their partner for the retail version of the game.”

Operation Warcade is unique in that it allows you to blast through classic gameplay and embrace nostalgia with six levels of explosive madness.

Alternatively, you can enter Immersive Mode and try your luck with over 100 missions with tons of upgrades.

And with new rules comes new possibilities with the Gravity Gun which allows you to manipulate elements in the environment to your favour so you can gain the edge in battle.

On the release of Operation Warcade on PSVR, Ivan Cascales, CEO and Founder of Ivanovich Games says,

‘Operation Warcade is my childhood dream. A declaration of love to the golden age of the arcades. An injection of nostalgia that, thanks to VR, we can relive in unparalleled conditions from 30 years ago.’

Operation Warcade is already available digitally on the Official PlayStation® Store and on disc, across all major European retailers from June 1st 2018.

Perp Games is a Playstation VR Specialist and Video Game publisher whose aim is to help developers, in any way possible, bring extraordinary and exciting games to retail. Also in June, Perp Games will be releasing Apex Construct and Moss, with more announcements to follow. Perp Games have a growing client list with some of the biggest names in the industry but are always looking to work with new partners. You can find out more on their website.

Ivanovich Games are focused on the creation, publication and promotion of video games for various platforms with a special focus in VR and mobile. For more information, visit their website 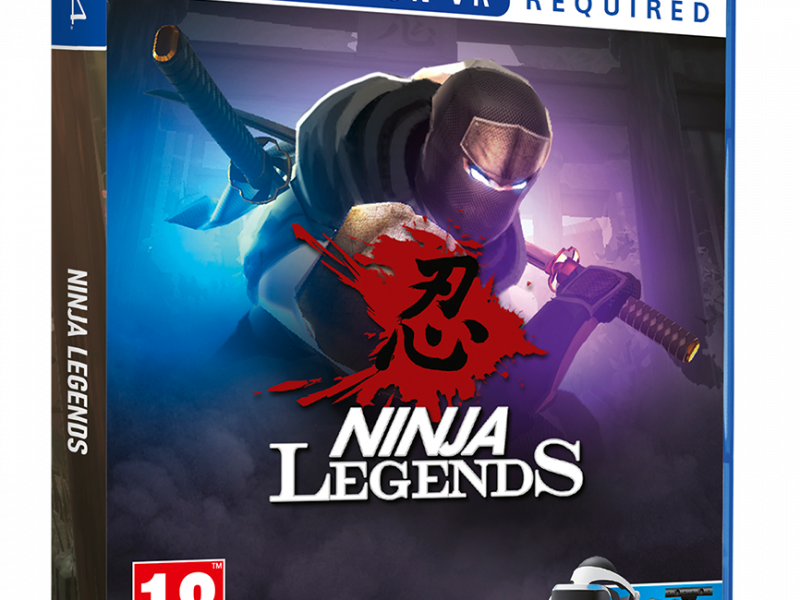