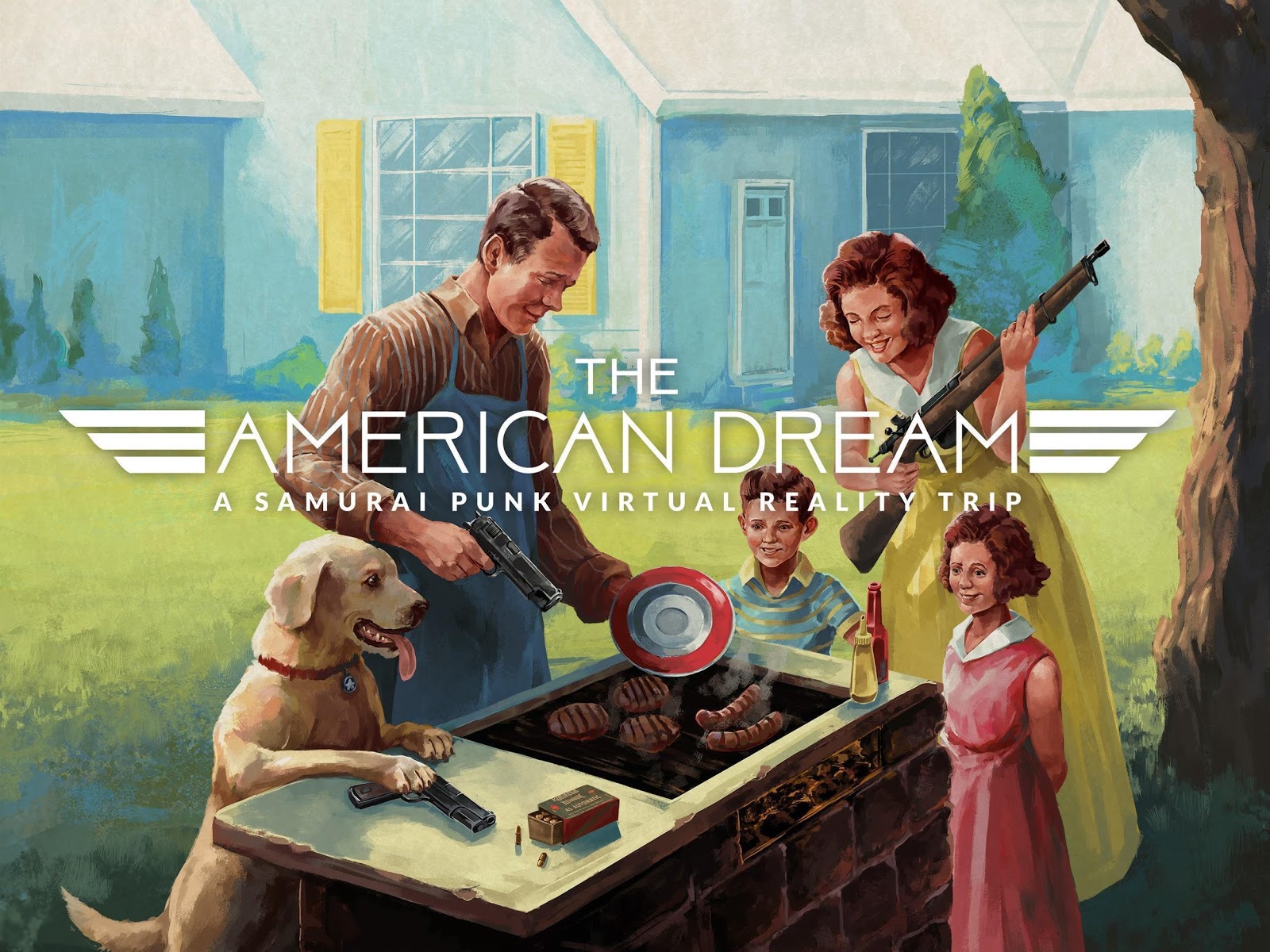 by Ray Willmott
0 comments
Open a box to the 1950’s with Samurai Punk’s satirical Virtual Reality Trip
12th March 2018, UK –  Perp Games and Samurai Punk are excited to work together to bring The American Dream to boxed retail for PlayStation VR on April 6th across Europe. Dates in other territories to follow.
Samurai Punk is a Melbourne based development studio who have previously worked on split-screen shooter, Screencheat, and exploration adventure, Feather.
The American Dream is their first foray into Virtual Reality and takes a satirical look at a world where people’s everyday needs are solved with guns. It’s the 1950’s World Fair and a group of leading gun manufacturers have constructed a vast complex to guide the American Patriot towards a better and richer existence by demonstrating how guns can help through key moments of life.
Whether you’re eating doughnuts using the barrel of a gun or clearing the garden, The American Dream intends to show players how guns can take care of their day-to-day needs.

Of the announcement, MD Nicholas McDonnell of Samurai Punk says “The American Dream represents a huge step forward in terms of production and scope for us. Bringing this together took a team larger than anything Samurai Punk had before including collaborators from Canada, the US and other states of Australia. We worked with the world class A Shell in the Pit Audio team to lead the voice, sound and music design for The American Dream which was pivotal to bringing the world to life.”

The American Dream pits players in a complex constructed by “respected” gun manufacturers with the purpose of showing the world the virtues of guns for the common man.
Players will get to use everything from pistols, rifles and shotguns in a series of vignettes which push the story forward.
Amongst the 130 announced titles due for PSVR this year, Perp Games see The American Dream as one of the most original and bringing it to retail shows the continued support the publisher is providing the hardware as it moves into its second year.

Rob Edwards, MD of Perp Games is excited to work with a new partner as Perp grows from strength to strength. “We can see people are loving what we are doing in bringing exciting and original PSVR titles to box.  In The American Dream, we are working with probably the most original and exciting title out there. We have been massively impressed with Samurai Punk and their use of satire in gameplay takes VR in a new direction.”