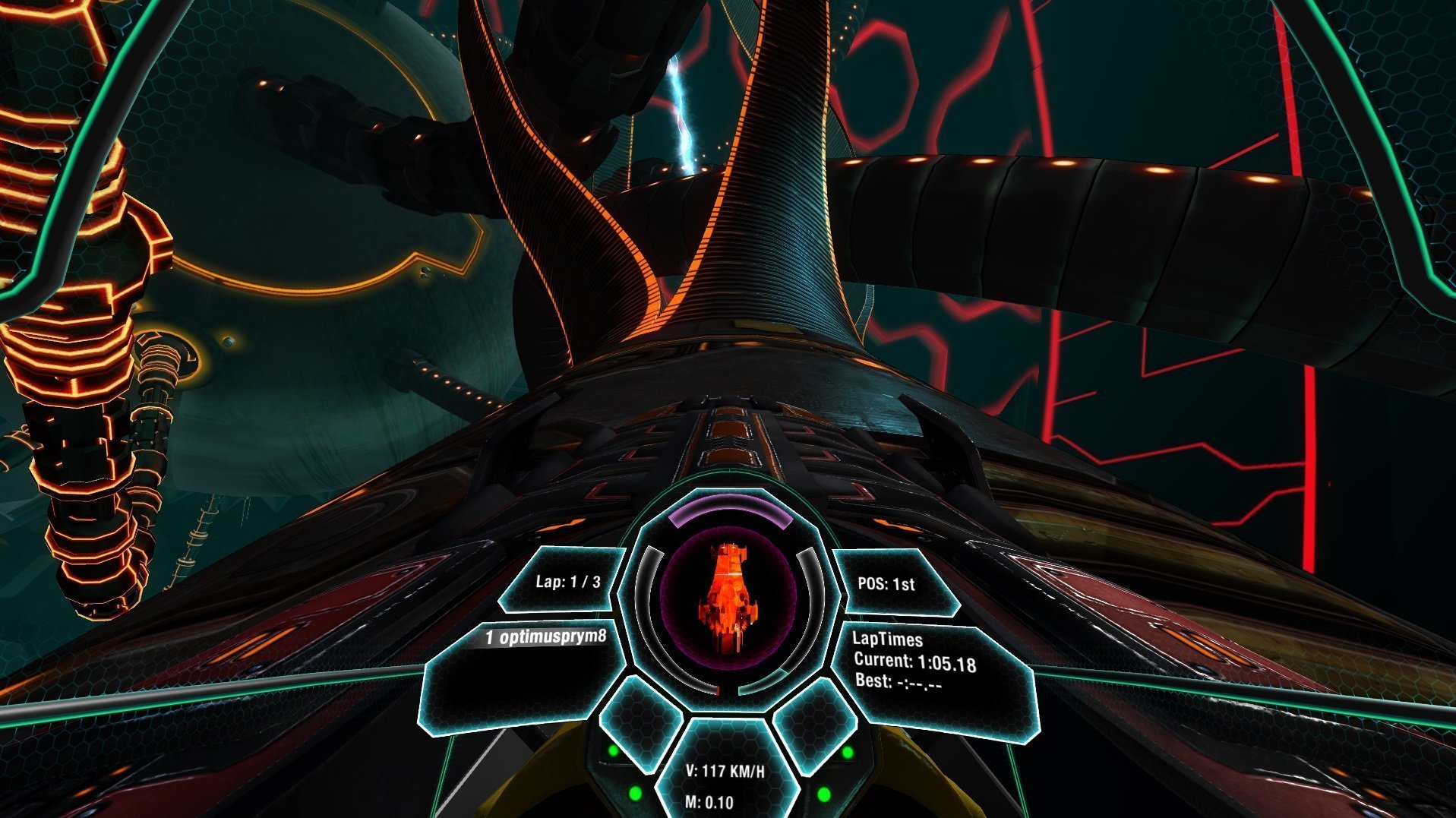 ‘The fastest game in VR’ completes its cross-platform expansion as Radial-G, the futuristic arcade space racer touches down on PS4 and PSVR in Europe

Tammeka and Perp are seriously pumped to announce the PlayStation 4 and PSVR launch of ‘Radial – G: Racing Revolved.’ The award-winning anti-gravity racer sees players hop into the cockpit of sleek space crafts and zoom through the cosmos in pulse-pounding, blisteringly fast action.

Radial-G was designed from the ground up to eliminate motion sickness, combining an incredibly smooth VR experience with its signature eye-watering speed for a truly immersive thrill ride. Players without VR headsets can still climb into the cockpit as Radial-G is optimised for both PSVR and traditional PS4 play.

“With Radial-G we decided to experiment with just how insanely fast we could go in VR, whilst maintaining extremely comfortable gameplay and we’ve really found that sweet spot with the PSVR launch. When Radial-G received the amazing response that it did we knew we needed to bring it to PlayStation gamers.”

“We’re absolutely thrilled to be working with Tammeka on Radial-G for the PlayStation launch. With Radial-G they’ve really pushed the boundaries of the platform and there’s no experience like it on the market. ”

Watch the PSVR trailer for Radial-G below

Tammeka is a Brighton, UK-based independent video game developer. The creators are former Black Rock Studios and NCsoft developers with a pedigree in arcade racing and MMO titles. Tammeka are early adopters of virtual reality (VR) and Radial-G: Racing Revolved is their debut title, a sci-fi arcade racer developed from the ground-up with VR in mind. The title is the first VR-ready arcade racer to market and is currently the most polished VR experience available, attracting critical acclaim by players and experts alike, having won the Virtual Reality Awards 2014 – People’s Choice – Best VR Game 2014 award last year.

Perp Games is a new Video Game Publisher whose aim is to help developers, in any way possible, bring extraordinary, exciting – and in this case, fast – games to retail. Check out our website at www.perpgames.com